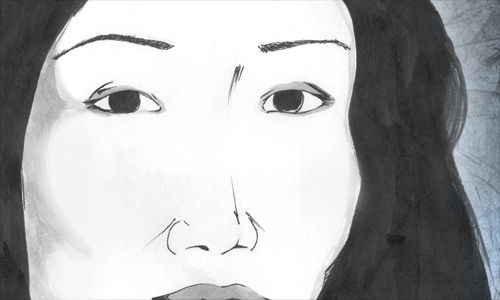 Currently known as one of Indonesia’s leading and most outspoken opinion-makers, Julia Suryakusuma – columnist, author, activist, feminist, cultural critic – is hard to pigeon-hole. Being Indonesian, but born in India and raised in Europe (UK, Hungary, and Italy) following her parents who worked as diplomats, she was always a foreigner abroad and a stranger in her own country, which made it possible for her to constantly look at things from different perspectives.

As a columnist (writing for the Jakarta Post, the International Herald Tribune, The Daily Yomiuri, NRC Handelsblad, among others), she always tries to “generate a debate” on the most pressing social, political and cultural issues affecting Indonesia.
She is the author of “Sex, Power and Nation: an Anthology of Writings, 1979-2003 (Metafor, 2004), and “Julia’s Jihad” (Prunsoop, 2009, in Korean, and Mizan, 2010 in Indonesian; in English, forthcoming in 2011), and lives in Jakarta.

How and when did you start dealing with the relationship between sex and power in Indonesia?
In 1981 I was asked to be a guest-editor for Prisma (at the time the most prominent Indonesian social science journal), to do an issue on women. It was the first time that women’s issues were addressed from a feminist perspective in my country. Then in the mid-eighties I started doing research on the social construction of womanhood in New Order Indonesia which eventually became the first gendered analysis of Suharto’s New Order (1966-1998).

What was this social construction about?
The way that women were defined, i.e. constructed, was in such a way to buttress state power. At the time we had an authoritarian, militaristic government and the entire society was supposed to obey it. One of the things that had not been done by then was to show how the state created an ideology and structures that allowed the control of women. This was done first by defining them as wives and then by creating women’s organizations that paralleled the hierarchy of the male bureaucracy. The most important one was Dharma Wanita, the civil servants wives organization, which was in fact controlled by the State.

What did these organizations do?
Before 1984 Dharma Wanita was like a consortium of interest group taking care of civil servants families in different ministerial departments, but after the New Order government took over, it became an ideological and political tool, used among others for vote gathering and ideological indoctrination of the state ideology, Pancasila.

Did this only affect middle and upper class women and men?
No, it didn’t. While the ideology was ‘cooked up’ at the upper levels, it was filtered down to the village level, where there was the PKK. Roughly translated, the PKK is the Family Welfare Movement, which was part of the Village Resilience Council (LKMD). The head of the LKMD as well as the village head were appointed by the Government, and the wife of the village automatically became head of PKK. So, programs were created at the village level reflecting this bourgeois and military wife ideology, which I coined State Ibuism (Ibu means mother but also woman). Both the State Ibu ideology as well as the PKK programs didn’t reflect the needs of the villagers but were meant as tools to indoctrinate and control.

The aim was to imbue the family, the smallest unity in society, with the State Ibuism and Pancasila ideology. Since PKK exists in every village in Indonesia, this made it easy for the state to have control over society. This was the grand design of the New Order state: control society through its women. Pretty clever if you think about it.

What was the core aim of State Ibuism?
It aimed to domesticate, depoliticize and segregate women in the development process, both in policy and practice. While aimed at women, this policy was a reflection of how the state dealt with the entire society.

What is still alive of this ideology in Indonesia today?
The idea that women are subordinate. In 1998 we began the Reformasi (Reform) Movement but what happened was that newly freed forces of political Islam wanted to make Indonesia an Islamic state. They had been trying to do this since independence in 1945. But Sukarno, our founding father and first president, knew that this would divide and splinter the nation and refused to include any provisions in the Constitution which would make Indonesia an Islamic state.

While 80 percent of Indonesians are Muslims, there are many other faiths (Christian, Hindu, Buddhist, Confucianism, among others). The population of Indonesia itself is made up of 300 ethnic groups. But now, ironically, democracy has allowed these political Islamic groups and traditional leaders to enter the political arena and try to impose a social construction of womanhood which is even more oppressive than the New Order’s, in line with their conception of an Islamic state.

Talking about the connection between state and sexuality, you say that “even if sex is considered to be the most intimate aspect of our private lives, its regulation is conducted by public institutions”. Which are the means of this regulation now?
Through the notion of “public morality”. It began with the Perda (regional regulations), many of which are related to morality. Since women are considered to be the repository of morality they are the ones targeted, making women behave and dress in a particular way. But Indonesians are actually sensuous and erotic people – we love sex a lot, it’s part of our culture! So you see really strange sights of women wearing tight–fitting, figure-hugging clothes, coupled with jilbab (Muslim headscarf). This is the way Indonesian try to reconcile our cultural identity – which includes our sexual identity – with our religious one. Sometimes it produces rather contradictory and comical results!

How does public morality affect gender?
In places where Shari’a law is implemented (for instance in Aceh, northern tip of Sumatra), when a woman is not wearing the jilbab, is wearing pants, is out by herself at night or is engaging in PDA (public display of affection), she can be arrested.

But what is also happening now at the central level is the attempt to implement the so called “Anti- Pornography Law”, which was pushed by Islamic political groups. Due to the socially conservative nature of our President and his fear of losing the Islamic vote, he supported it.
However, this law is not really about pornography as we know it. Through the Perdas and the Anti-Pornography Law (passed at the end of 2009), Islamic groups are trying to do what they failed to in 1945: make Indonesian an Islamic state by stealth. Minority hardline groups are extremely vociferous in expressing their “Islamic voice” and not adverse to using violence, which a lot of the time the government ignores. The Islamic political parties are losing their ground, that’s why these hardline groups shout the loudest. Due to women’s (still) subordinate position in society, they feel the easiest way to gain power is in the sphere of public morality.

Identity politics will continue being one of the biggest struggles in Indonesia in the years to come. However, it’s all a symbolic struggle for power. It took 12 years for the Anti-Pornography Law to be instated, but now after it has been, implementation is poor because it’s only a symbol, and because law enforcement is still very bad in Indonesia anyway.

How are your ideas received in Indonesia?
Since 2006 I’ve been writing in English, because I wanted to make Indonesia known to the outside world and to make foreigners understand Indonesia better. However, I am currently working on translating my books into Indonesian because I want to try to make Indonesians understand Indonesia better. I am both excited, and at the same time apprehensive about publishing in Indonesian, because now my fellow country men and women can know my opinions directly, even the hardliners! I am sure I will make a lot of people angry, but that’s the risk of exposing one’s views.

My name is already on the list of the Islamic Defenders Front (FPI). In a way, I’d be very disappointed if it weren’t! The FPI can be pretty violent, and they are not averse to assaulting people, so I hope they don’t come after me! My husband (Tim Lindsey, a professor at Melbourne University and an expert on Indonesia and Islamic law and society) says I may have to come and live in Australia for a while when my book “Julia’s Jihad” comes out next month.

Do you plan on moving?
No, I want to remain in Indonesia. But who knows, ask me again after the book comes out.

How do you think you made it as a woman, to get where you are and not to be ‘gotten rid of’ on the way?
It was difficult for me growing–up. My mother was the epitome of a Dharma Wanita wife, her life totally revolved around my father, and I vowed I would never become like her. I think I was a feminist since I was a child! Luckily, I was endowed with brains, spirit and courage, so that saved me. I got married at age 20 to Ami Priyono, a well-known Indonesian film director, the father of my son, Aditya, now almost 35.

Ami fully supported me and in a way, played the role my parents should have played in supporting my education. He passed away in 2001. I’m extremely grateful for his belief in me, and for his support, which really helped me to become the person I am now.

You consider yourself both a feminist and a Muslim. Many non-Muslims might think that’s a contradiction. Can you explain why it’s not for you?
It’s all to do with interpretation. Islam is in fact very flexible, and in its time, it did liberate women because women then had no rights at all.
The problem is some, perhaps many Muslims, want to adhere to the Islam of old, and an Arabic version of Islam at that. Like democracy, or capitalism, or socialism, Islam is contextual. In Indonesia, Islam is tropical Islam, much freer, sexier! It’s very possible for Islam to be compatible with democracy, civil liberties and feminism. I don’t wear a jilbab, but I have many friends who do, and they are very staunch feminists. There are several Islamic women’s NGOs here who have to struggle against double-discrimination: from the outside world who think that because they’re Muslim women, they’re backward, and from their own community who dislike them for their progressive views. A real double-bind.

I think the world is very ignorant about Islam, including many Muslims who constantly distort, manipulate and politicise their own religion. We all have a lot to learn about it, and I think one of the best ways is through the study of women, gender and sexuality in the Islamic context. And better still if you do it in Indonesia!